In his opening speech at the Arab League summit, Salman also criticised the US decision to move its embassy in Israel to Jerusalem but avoided any mention of Syria, just 24 hours after Western strikes against President Bashar al-Assad’s regime.

The meeting comes after a barrage of strikes launched by the United States, Britain and France hit targets they said were linked to chemical weapons development in Syria, which was suspended from the league seven years ago.

But in his opening address Salman focused instead on rivalries with longtime foe Iran — only 160 kilometres (100 miles) across the Gulf from Dharan.

“We renew our strong condemnation of Iran’s terrorist acts in the Arab region and reject its blatant interference in the affairs of Arab countries,” the king said.

And despite being a stalwart ally of the United States, he also criticised US President Donald Trump controversial decision to transfer America’s embassy from Tel Aviv to Jerusalem.

“We reiterate our rejection of the US decision on Jerusalem,” said the king, adding that “East Jerusalem is an integral part of the Palestinian territories”. RSS 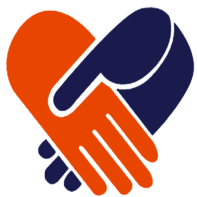